You are cordially invited to join

Where fangs and fur, wings and fins,

Fun, flirty, steamy rom-coms with a touch of supernatural and a whole lot of bite 😉

Love Bites is a series of paranormal romantic comedy novellas featuring a dating agency for paranormals.

Each story follows different supernatural couples. There’s fun, frolics, laughter and tears, and of course, love. All books can be read as a standalone but are best read in order as some characters appear in other books.

Witch Harper Clarke is pretty sure misfortune follows her around like a bad smell. Her spells end in disaster, her dating agency for supernaturals has an embarrassing lack of clients, and her love life is a washout. So, when a vampire signs up to the agency and she can’t find him a match, she agrees to date the vamp herself.
Charmer Damon Vertefeuille has it all: power, status, and wealth, but becoming a vampire to get his errant brother out of trouble isn’t what he expected. Newbie vamps aren’t supposed to be dangerous, but one look at his witchy date and he has a sudden desire to sink his fangs into her pale flesh.
Thing is, she wants his bite.
Chemistry sizzles, but when Damon’s brother threatens to tear them apart, the lines blur between loyalty, love, and dark desires.

Alpha werewolf, Grayson Beckett, thinks money can buy anything – including a wife. But when he joins Love Bites, a dating agency for supernaturals, finding a mate proves harder than he thought.
To help her boss, dating agency coach, Jamie Osborne, reluctantly agrees to go on a date with Grayson. After all, she’d dumped her cheating fiancé at the altar, she could handle an arrogant werewolf, right?
Tensions run high, but the date goes better than Jamie expected when Grayson turns out to be a doting dad with a tragic past.
But can the alpha win her trust and melt her heart? 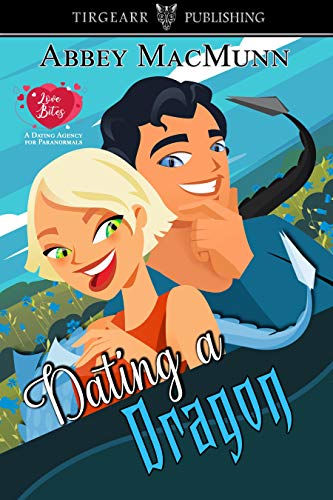 A forgotten past.
A friend’s betrayal.
Dragons of fire and ice, forced apart by a centuries-old curse.

Cursed by a jealous sorceress, fire dragon, Phoenix, has spent centuries searching for his soulmate, the ice dragon. He never thought he would find her by chance when a freak flying accident leaves him injured in the woods—with him wearing nothing but a smile.

After waking from yet another death, amnesiac Kat Foster longs to learn her true identity. Trouble is, finding out who or what she is scares the hell out of her. While looking for her runaway dog, Kat sees a man hiding behind a bush. A naked man. With ‘things’ sizzling between them, literally, and Kat’s inexplicable flashbacks of her previous lives, she begins to think they might have met before.

With the sorceress hellbent on keeping them apart, Kat’s memory loss, and a friend’s betrayal, will they ever find a way to break the centuries-old curse? 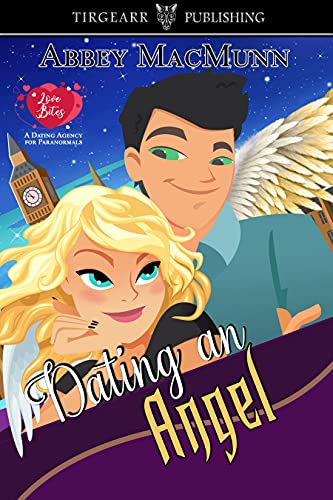 Hapless Evie Thomas died.
But it’s all good because now she’s training to be an angel. There are only two snags—her teacher’s a hottie, and eternity is a long time to be alone.
Stubborn angel Caleb Pearce has his work cut out teaching free-spirited Evie. It doesn’t help that his friends keep insisting he’s in love with her. If that were true, he wouldn’t have suggested they join Love Bites: A Dating Agency for Paranormals.
Evie and Caleb share wine, laughter, and tears over their disastrous dating experiences, including a sex-obsessed Fae, a vamp tied to his mummy’s apron strings, and literally the date from Hell with an indecent proposal from a demon.
How will they ever find their perfect match?

Sun, sea, and sex.
It’s the perfect holiday combo for fun-loving mermaid, Zarya, so when a semi-conscious Adonis almost drowns, she can’t resist saving him. Finding the rare merman would be quite a catch—if only Zarya hadn’t vowed to never get reeled in by one of her kind.
For Cornish boat tour guide Taran Stone, being rescued by a naked goddess is kind of humiliating and sexy as hell too. When he wakes on the beach, and she kisses him, he thinks his run of bad luck is about to change. Until she claims she’s a mermaid. Even more farfetched, she insists he’s a merman.
Despite Taran’s reluctance to believe, their attraction soon shifts towards something magical, but faced with Zarya’s dictatorial mother, Taran’s manipulative Fae boss, and the fate of the merfolk in their hands, will their love weather the storm? 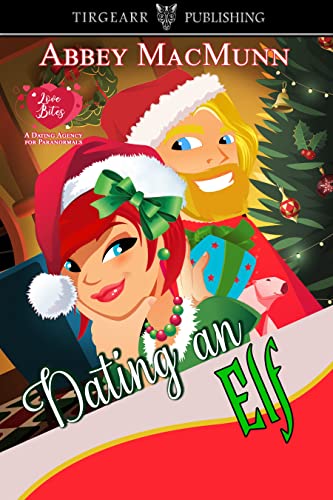 Paige Alston wants it all: love, marriage, more kids, and a happily ever after. Trouble is, her biological clock is ticking, she’s a single mum to twins, and she has a temper that flies faster than Santa’s reindeer on Christmas Eve. It’s going to take someone pretty special, and brave enough, to take her on.
Enter naked polar bear shifter, Ben.
After his fiancée cheated on him, Esben (Ben) Johansen swore off women for good. Until a sassy, curvy elf catches him shifting in Santa’s grotto that is.
But with a friend intent on driving a wedge between them, and a series of unfortunate events, is Fate trying to force them apart, or guide them towards their destiny?

Librarian Kelsey Adams just wanted a bit of fun, but when her date with a sex-obsessed Fae goes bad and a lone wolf comes to her rescue, it’s Tyler who makes her she-wolf want to howl.

Tyler Knight didn’t ask to become a werewolf. Determined to find the mystery wolf who bit him and demand a cure, he arranges a date with alpha she-wolf, Savannah, hoping she can help. Trouble is, he hadn’t banked on the alpha claiming him as her mate or saving a feisty beauty from her disastrous date.

When Kelsey offers to help Tyler and the chemistry sparks between them, he begins to think being a werewolf might not be the curse he once thought, but with Savannah threatening a pack war if Tyler doesn’t become her mate, he faces an impossible choice:

Find the cure and risk losing Kelsey or embrace his wolf and start a pack war.

Demons aren’t capable of love.
That’s what Maddox Rossini thought—until six years ago when he met Eden, the fun-loving party girl who set his soul on fire.

Then she vanished without a trace.

Fiercely independent half-witch Eden Hart thought she was doing the right thing when she ran away from the demon she loved, but after seeing Maddox on Love Bites, a dating agency for paranormals, the guilt floods back and she knows she has to tell him why she left.

When Maddox and Eden meet again, the passion between them is still hotter than Hell, but then Eden reveals a secret she’s kept from him for six years, one that could change his life forever.

Can Maddox forgive Eden or will he be lured back to his demonic ways by his unsaintly brothers?

Flirting with a Fae (prequel)

Will fun-loving Fae Ebony have her wicked fairy way with rock star Jaxon, or will she reveal his secret to millions of his fans?