I’m delighted to welcome back the lovely Rae Rivers to my blog today. She’s here to share the stunning new covers for her paranormal romance series, The Keepers, published by Harper Impulse. Which handsome warrior brother is your favourite, Archer, Declan or Ethan?

About The Keeper Series

The Keepers is a Paranormal Romance series with a unique premise consisting of a powerful witch with three warrior brothers, the Keepers, duty-bound to defend her.  They are her friends, her fierce protectors and her allies in maintaining the balance of nature.

An evil rival family is out for revenge, determined to tip the balance in their favour.  Sienna and her Keepers will do whatever it takes to stop them.

Will their strength, loyalty and love survive the ultimate war?

Each book can be read as a standalone romance, or for a richer reading experience, the books can be read in order:  Sienna (The FREE Prequel), Archer, Declan and Ethan.

Download your FREE eBook, Sienna, and enjoy their world!

‘Don’t ever look for me again, Archer.’
His mouth curled into a smile. ‘Game on.’

Central Park. Sienna Beckham is out jogging in the autumn sun, feeling almost ordinary. Trouble is, she’ll never be. She’s on the run from her life as a powerful witch and the three Keepers blood-bound to protect her.

Evil is hot on Sienna’s tail and Archer Bennett is searching for her, desperate to find her before they do. As one of her Keepers, he will fight to his death to defend her.
Sienna must return and defend her hometown, Rapid Ralls – but she has to face the past and master her powers. And as forbidden feelings blossom between Sienna and Archer, will their love survive the ultimate war?

“You lied to me, misled me, attacked me,” Declan murmured, dipping his head toward hers, “but what we had three months ago wasn’t fake, was it?”
Kate’s gaze faltered to his lips, heat pulsing between them. But she didn’t deny it.

Declan Bennett has zero tolerance for thieves. He and his brothers, the Keepers, are fiercely protective of their witch, Sienna, and their privacy.
So when Kate Carrigan breaks into their estate, he’ll be damned if he lets the little wildcat get away with it – especially after she seduced him three months ago, leaving him buck-naked in a New Orleans hotel. Declan wants payback – and some answers.
Before she was murdered, Kate’s mother ingrained it in her not to trust anyone. Kate’s magical powers make her a pawn in the war between good and evil, a war she’s always avoided. Declan is everything she’s been taught to fear, even if she can’t forget the memory of his touch that one night…

Trouble is brewing as the powers of evil regroup – bolder and hungrier than ever – and Kate is forced to choose a side.

“Going to Ameera to find Hazel. Stealing the spell … You think you can pull it off?” he asked.
She nodded, not trusting herself to speak.
Just as she thought he’d kiss her, he reached for her jacket and said, “Then let’s go.”

A portal to another world has opened, unleashing dangerous creatures on earth. A dark witch is out for revenge. The stakes are high, a war inevitable.

One person can stop the madness. Jenna. She’s a Keeper to a powerful hybrid witch but she harbours a secret and if Jenna steps through the portal – seduced by the whispers of her hidden past – she may never return.

Fortunately, she has company… infamous Bennett brother and fiercely protective Keeper, Ethan. Their whip-cracking banter makes them perfect sparring partners in training, but how will they manage when their lives and everything they were born to defend are on the line?

When the battle lines are drawn, will Jenna and Ethan stand side by side – as friends, protectors, lovers … or as traitors? 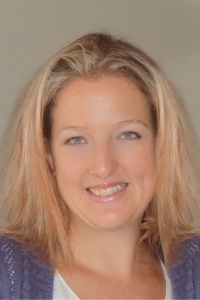 Rae’s an avid reader with a passion for writing spicy romance novels.  She writes Romantic Suspense and Paranormal Romances.  She lives in Cape Town, South Africa, with her husband and children and a zoo of house pets.  Besides writing, she loves family time, the outdoors, travelling, watching TV series, reading and chocolate.

She loves to hear from her readers and can be found here: